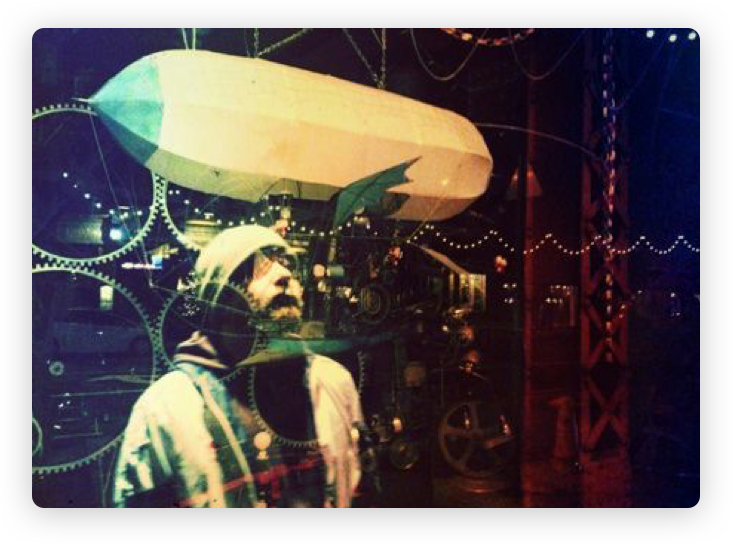 Born in Rome, I started my career as an editor, working with internationally renowned film directors, then moving on to directing myself, ranging from music videos, commercials, documentaries and, eventually, feature films. My first movie Pablo, innovative and unique in its kind, was pleasantly welcome at The Montreal Festival, Los Angeles American Film Institute Festival and several others, where it received positive reviews on Variety and The New York Times. In US and UK I directed advertising campaigns for Universal Pictures, BBC, Sony, Channel 4 and Turner.
My rockumentary Dallaltrapartedellaluna was the special event at the 64th Mostra del Cinema di Venezia and the feature film Grandfather Mountain was in competition in many festivals including Rome, London, Big Apple, Sundance, and was a winner at RIFF, Salerno, Napoli. I also worked on more ads music videos for Procter & Gamble, Chrysler, Universal, Emi and other companies. Artmbassy Gallery invited me to present some of my experimental visual works in Berlin and New York. I wrote and directed the very successful indie projects Gli Anni Verdi and Posto Ergo Sum, along with the Italian box office hit Faccio un salto all’Avana, for Medusa Cinema, and a prime time series for Mediaset. Lately, I directed There’s always a reason, the first european-chinese coproduction, massively released in China. Then I directed for the prime tv series Sirens and produced, directed, wrote and edited La Leggenda di Bob Wind, just released and selected in London Bafta Film Festival and Santander film festival. Recently I have completed principal photography for a pilot, near to be produced as complete series and I’m developing a mini drama series in UK. I currently live in Los Angeles, preparing my 5th movie, Moonbus.

#ontheroad again…. Towards a #screening of one o

These days I’m Shooting in #switzerland for a ne

#luckycat will #save all of #us #magie #cinesi che

#roma #vacanzenonvacanze #postproduction in a #edi

Carica altro… Segui su Instagram
We use cookies on our website to give you the most relevant experience by remembering your preferences and repeat visits. By clicking “Accept All”, you consent to the use of ALL the cookies. However, you may visit "Cookie Settings" to provide a controlled consent.
Cookie SettingsAccept All
Manage consent

This website uses cookies to improve your experience while you navigate through the website. Out of these, the cookies that are categorized as necessary are stored on your browser as they are essential for the working of basic functionalities of the website. We also use third-party cookies that help us analyze and understand how you use this website. These cookies will be stored in your browser only with your consent. You also have the option to opt-out of these cookies. But opting out of some of these cookies may affect your browsing experience.
Necessary Sempre abilitato
Necessary cookies are absolutely essential for the website to function properly. These cookies ensure basic functionalities and security features of the website, anonymously.
Functional
Functional cookies help to perform certain functionalities like sharing the content of the website on social media platforms, collect feedbacks, and other third-party features.
Performance
Performance cookies are used to understand and analyze the key performance indexes of the website which helps in delivering a better user experience for the visitors.
Analytics
Analytical cookies are used to understand how visitors interact with the website. These cookies help provide information on metrics the number of visitors, bounce rate, traffic source, etc.
Advertisement
Advertisement cookies are used to provide visitors with relevant ads and marketing campaigns. These cookies track visitors across websites and collect information to provide customized ads.
Others
Other uncategorized cookies are those that are being analyzed and have not been classified into a category as yet.
ACCETTA E SALVA